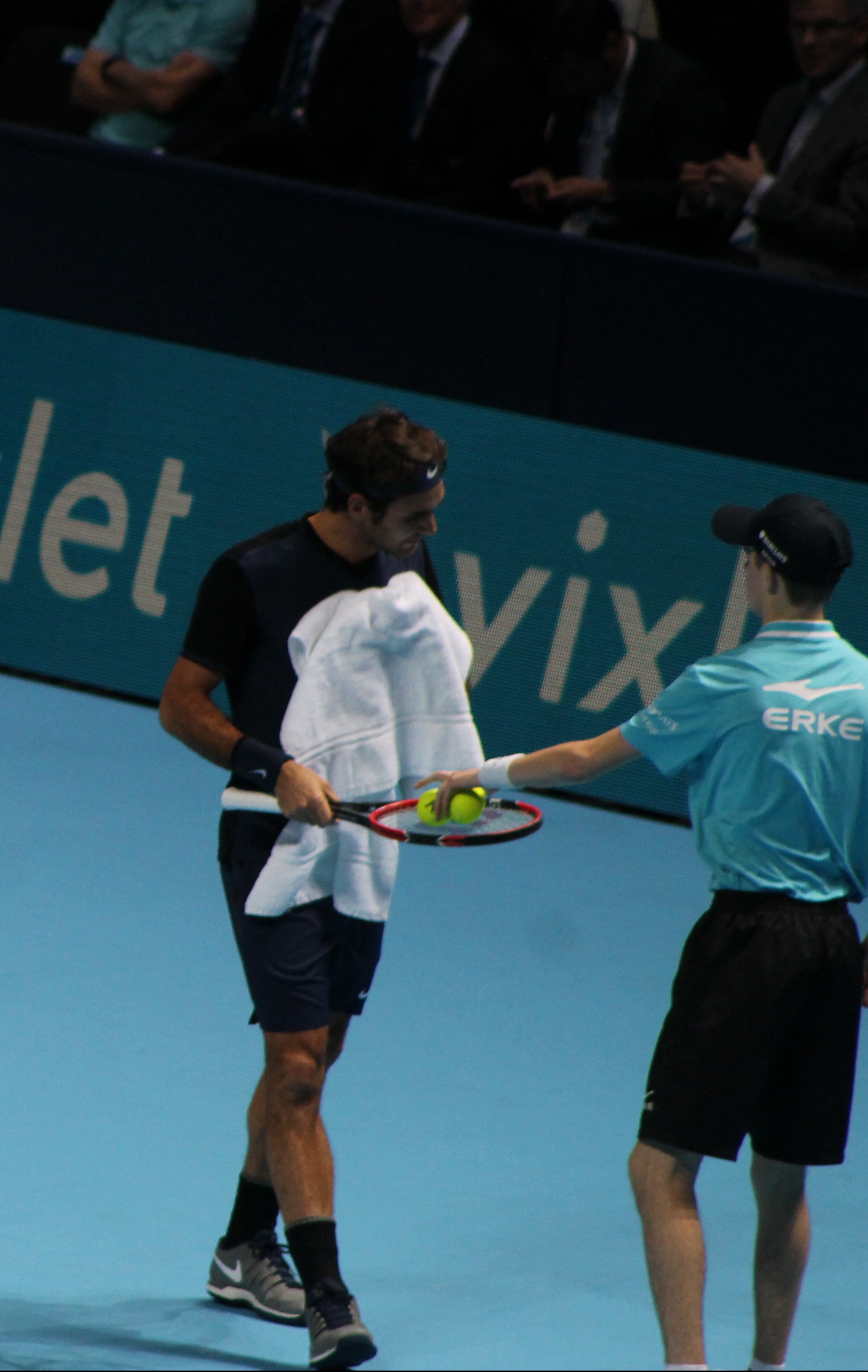 It began as a whispered thought: “you should try to go to London for the World Tour Finals”.  At the time, the ATP had not announced plans to extend the tournament’s time at London’s O2 Arena, and this year seemed like my best shot at seeing Roger Federer play in the city where he has had so much success. My experiences with seeing Roger play live have been restricted to the US Open and Cincinnati as well as exhibitions at Madison Square Garden. For this Federer fan, Roger and Wimbledon are the pinnacle but also not easy to make happen.

However, the WTF requires players to qualify by being one of the top eight and while Roger has qualified thirteen years in a row, plans would likely need to be made long before his place in the tournament was secured. Still, London is a city I’ve visited twice before and I knew I would enjoy my visit. Fortunately, I had the expert advice of Andreen to get me through! Once I determined that I could stay through the round robin part of the tournament, her advice to get tickets for both sessions on Tuesday and Wednesday was right on point. That would allow me to see all eight of the players while they were still battling for a place in the semi-finals. I left for London secure in the knowledge that I would be guaranteed to see Federer at least once!

As with all tennis, the schedules are not known until right before matches. Federer’s first match against Tomas Berdych was scheduled for Sunday night and I didn’t have a ticket! With the announcement coming while I was in transit, my attempts at an online purchase proved fruitless. Eventually, my many telephone calls to the O2 resulted in success and I was able to get a ticket. Again, I was fortunate that Andreen arrived in London just hours before Federer’s first match. She had secured her own ticket to his match just before her flight, so she was able to serve as my guide to the O2 for the first time.  Getting to the O2 on the London subway, “the tube”, was easy to navigate, but it was so reassuring to have an experienced traveler by my side.

While my seat was in the “nosebleed section”, I was there! I always get chills when Roger is announced, not just for the listing of selected accomplishments but the electrifying crowd reaction never gets old. While it wasn’t Roger’s sharpest match, he still managed some incredible shots that generated sustained cheers and applause from the crowd. One unexpected highlight of the evening was witnessing him receive his thirteenth straight ATP Fan Favorite and eleventh Stefan Edberg Sportsmanship Awards. What a thrill it was to see him being recognized with Stefan by his side. Of course the crowd roared its approval of every wave, every accolade, and every smile.

By Tuesday, we knew the next round would require a much higher level of play and that all our Federer love would mean absolutely nothing to his opponent for Novak Djokovic was up next. I think he likes sending Federer fans away miserable as much, if not more than getting the win.  After watching a tight tussle between Berdych and Nishikori, I admit to being a bit of a nervous wreck as the time approached for Federer’s match versus Djokovic. Andreen reminded me if Fed could get a set, and get a win in his final match against Kei Nishikori, he’d get through his group for a spot in the semifinals. When Djokovic pushed Roger to a break point in his first service game, I closed my eyes and hoped for the best. Suddenly, Roger turned back time and put on a virtuoso performance for a straight sets win.  Oh, how he danced! It was certainly the best Fed match I have ever witnessed and one I’ll never forget.

Although I’m not a big fan of either Rafa or Andy, seeing them live was still a revelation. Rafa was at his lefty spin best as he pulverized Andy. Later Stan and David played an up and down match that Stan managed to snatch. Roger’s final round robin match against Kei was another uneven affair for Roger with him winning to secure his place as the leader of his group and the opportunity to meet Stan in the semifinal.

Tennis watching at the O2 is phenomenal: the light show, music, sound effects (the heartbeats as Hawkeye is revealed adds to the tension of the challenge), and the players introductions work together for a unique experience. My week in London included exhibits, theater and nice restaurants,  however it was watching Roger live that made the trip. He didn’t prevail in the final but his elegant fluid game never disappoints.