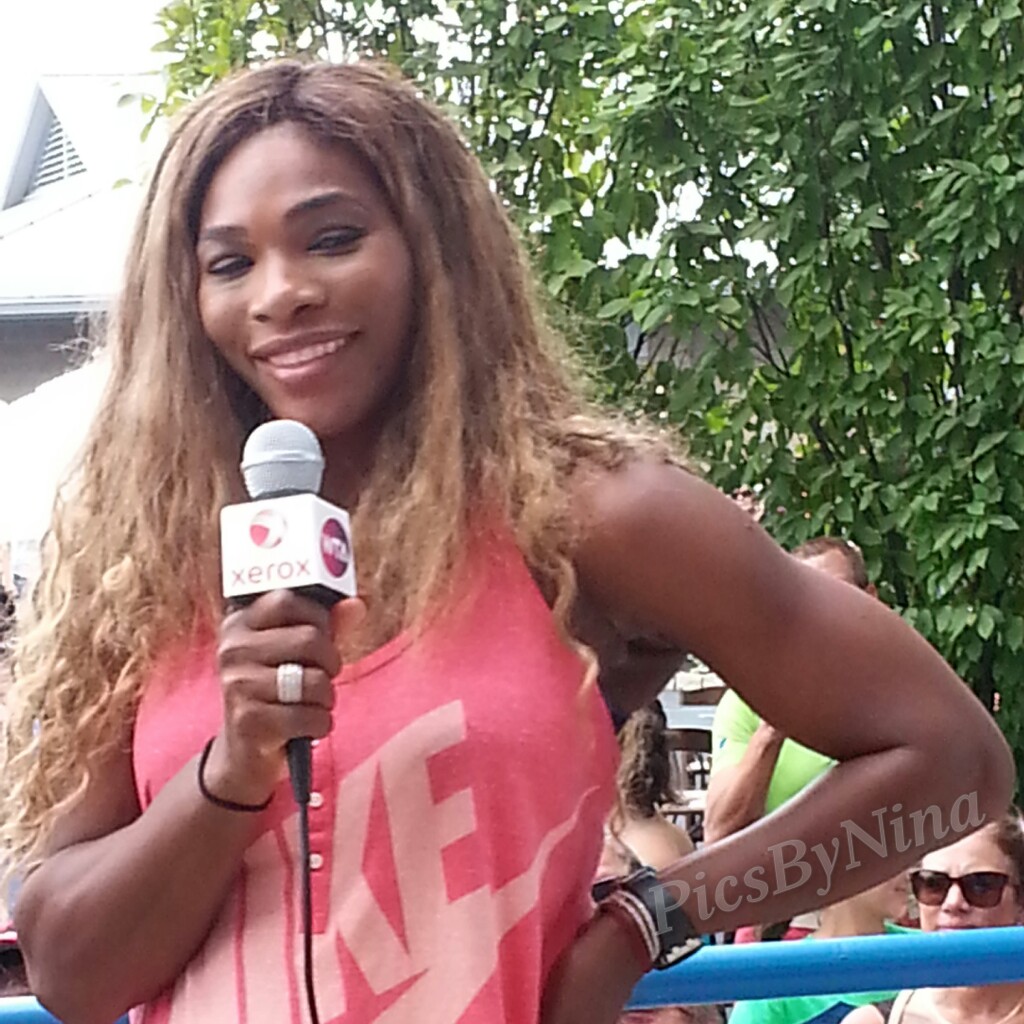 The Midwest has a little tennis secret (that isn’t so little anymore, to be honest) called The Western and Southern Open. This tournament is a master’s 1000 event so all the top players are in attendance for the last major warmup before the US Open. It is a great place to be as a fan. The player access is amazing and the venue is relatively small. Even on center court, the last row up (yes, I speak from experience) still provides a great view. So, should you venture to Mason, OH, just north of Cincinnati, here are a few things you should expect.

Tickets: From what I understand, compared to other tournaments, the ticket prices for Cincy are a good deal, EXCEPT you don’t get free admission to qualifying rounds. You can buy tickets for the entire tournament for under $500. Of course you can buy more expensive ticket packages, but it really isn’t necessary, your ticket gets you access to all 10 match courts and practice courts. Since you won’t be spending the majority of your time in the paid seat, I suggest going with the cheapest package. If you can’t or don’t want to do an entire week, you can buy single session tickets as well as mini-packages. If you want the most bang for your buck, I suggest a mid week mini-package that includes Tuesday and Wednesday.  The latter will ALMOST guarantee you’ll see your favorite player for either a match or a practice session. Go too early in the week and your fave may not have arrived yet if they played deep into the previous tourney in Canada. Go too late and they may have lost and be on their way to New York.

Player Access: There is an area between the player’s lounge and the parking lot where the players enter and exit the tournament site. It’s a great place to score an autograph or take a picture of/with your favorite player. This location has iron gates along which fans line up and wait. Depending on who is expected to pass though, the gates will be open or closed. But know that players expect fans to be here waiting and are generally up for  stopping to sign and take picks, especially in the morning as they arrive for the day or after a match as they leave for the evening.

Many players will not stop before a practice, they’re focused on their J.O.B. This is one of my favorite areas to hang out, I could stay there all day. You learn who is nice and who is not, who is up for small talk and who wants to just be left alone. If you’re at the W&S Open, you NEED to spend some time here. Chat up the security guards, find out who is due to come and when. Or just get a break from the sun.

The practice courts are a fan’s dream come true . There are several electronic boards throughout the grounds that post practice times of players and which court they’ll be on. But the best way to find out where to watch your favorite is the Cincy Tennis mobile app. This way if something changes last minute, you’re not left in the dark. The practice courts allow you to get up close and personal. Sometimes you could just reach out and touch them, although I don’t recommend trying that if you’d like to be allowed to stay on the grounds. After a practice session is a great time to ask for an autograph or a picture but never before. Remember your tennis etiquette folks!

Off Court: Sometimes you just need a break from the tennis. And sometimes there is just a break in the tennis. So what should you do? Personally, I like to spend my down time at the player entrance. But there are other options. You can put your feet up on one of the many shaded comfy couches in the middle of the food court where there is normally live music playing. Or take a rest at the tequila bar or the legends bar, both great choices with tv screens all around so you don’t miss out on the action. But be prepared to spend some dough, alcohol does not come cheap on site! There is also a giant Midwest Sports tent that is AIR CONDITIONED so you can cool off and get some shopping done.  I got lucky this year and happened to stumble upon this, a filming of WTA All Access, what a treat!!!!

Food: Everyone loves to eat. And sitting in the hot sun all day or running from court to court surely works up an appetite. There are plenty of places to eat on the grounds. You can splurge and get yourself a delicious prime rib sandwich or eat on a budget and score a hot dog, chips and pickle for around $5.  There are many available food options at varying price points. It’s always cheaper to eat AWAY from the main food court at one of the smaller vending spots built into center court. One little secret that lots of fans don’t learn until they’ve spent tons of cash on drinks is how to score water without breaking the bank. At the vending spots that sell the cheap(er) burgers and hotdogs, you’ll find plastic souvenir tournament cups that can be bought for $0.25 and come filled with ice. Once you’ve purchased your cup, you can get free ice refills for the duration of your time on site, day in and day out. So get your 25 cent cup and fill it with water at one of the many water fountains located outside of the bathrooms. Unless, of course, you enjoy spending $5 on a bottle of water, I highly recommend the cup with FREE ice refills.

Finally, if you go to Cincy Tennis, you must make at least one trip to the Applebee’s that sits on the same property as the player hotel on Mason Montgomery Rd.  At any given moment the place is crawling with players.  Tommy Robredo enjoys the brownie bites for $0.99. The Bryan brothers are always good for a smile and a wave. And over the years, the female Italian tennis players seem to be staples.

Overall, the tournament in Mason, OH is a fan friendly experience that doesn’t have to be too harsh on your pockets.

1 thought on “Cincy Tennis: A Fan’s Point of View”