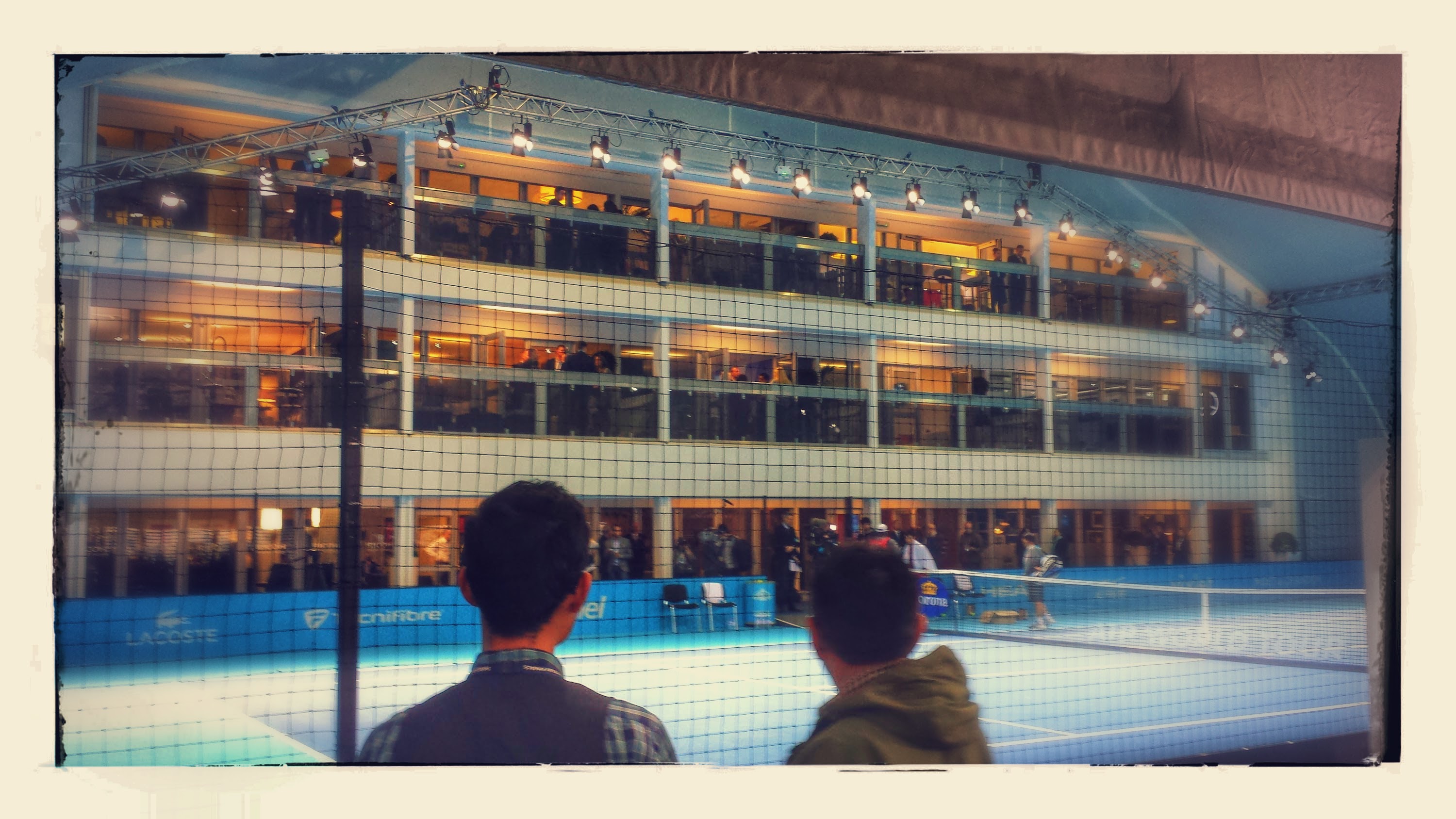 Have you ever started a project that you knew was going to be too ambitious from the outset but you just didn’t want to scale it back? I took a look at the ATP calendar and I wanted to do Basel, Paris, World Tour Finals and Davis Cup. With a good bit of advanced planning, all these tournaments were possible, but I really didn’t solidify my schedule until September which was just too damn late! My budget was too modest and I was going to be balancing on a razor’s edge to do everything on my list. Still, I threw caution to the wind and dived right into the travel mode and now I’m in deep shit which is why I’m lying low in London and waiting for the smoke to clear from my bank account.

I’m getting that panicky feeling you get when you know that you have overreached and only God knows who can save you from yourself. Fortunately, I skipped Paris in lieu of Zürich. But if I’m truly honest, I should have skipped Basel the moment Davis Cup became a possibility but when I get to a tennis buffet, I’m entirely unreasonable and I overextend. This time it’s not enough to unbuckle the jeans to breathe, I’m going to have to make some sacrifices that’s going to hurt.

Fortunately, I did relegate World Tour Finals to just one day back in February and guess what? Boy was I right. What the hell is happening at the O2 this year?  Singles matches are lasting less than one hour and the doubles, which I usually enjoy but let’s be honest, they often feel like the appetizer are suddenly all the rage. You can tell things are bad when pundits and reporters are giving doubles their props and gleefully ragging on the singles. Never mind that doubles is usually an afterthought for them too. Some are blaming the surface which is supposedly the same as last year but I remember some fantastic matches in 2013 (Federer vs. Djokovic and Federer vs. Delpo as well as Stan vs. Rafa and Djokovic vs. Delpo), even Berdych took a set off Rafa! This year the World Tour Finals feels like Federer and Djokovic, plus some other guys.  This year’s ‘other guys’ present as pretenders rather than contenders. Even poor Stan seems less confident than he did last year.  The Australian Open title now reads like the end of a fantastic run of play in 2013 rather than the start of a great 2014. Murray can be forgiven for his spotty play as I do not believe in miraculous returns from career threatening injuries; his run of titles in the late fall bodes well for his 2015. A semifinal run for Murray at the World Tour Finals is a positive in my book. Still, whatever fates allowed me to just purchase Saturday night semis tickets, I thank them. I would be one upset Gallivanter if I had stretched my budget for the matches I have seen thus far for the week.

Back to the sacrifices… London is a great city and I’d love to go out and see more of it. However, I am focused on making as much money as I can to enjoy the final part of my trip, the dream Davis Cup final between France and Switzerland in Lille, France starting November 21st. So, this time around less is going to have to be more in London.

How did I get myself into trouble? Two very basic travel mistakes that I hope none of you ever make. First, I booked myself into a fantastic B&B in Basel:

Gorgeous, right? It was a ten minute walk to the tennis center and my dream spot when I booked it 8 months earlier! For 5 nights, I shelled out $750.00 USD. That’s a bit more than I expected to pay once I expanded my travel itinerary and added Davis Cup. I tried to cancel but I had missed the deadline to cancel my reservation without a penalty. It would have cost me more to cancel and find a more modest place, so I had to stay.  First hit on the budget front. Don’t get me wrong, if I go back to Basel, I fully intend to stay at this B&B again but this time around, it was not the wisest move.

Second basic mistake was missing my flight from Zürich to London and having to pay for another flight out that day. I got to the airport on time. Just on the wrong day. My flight was the previous day! I have no excuses for that rookie move. I had a lovely conversation with Orbitz,  but they were unable to help me. They wouldn’t even offer me a credit through their system. I asked if travel insurance would have helped and they said, probably not. So, in quick succession, I have spent more than I anticipated in the first two weeks of a five-week trip.

I have been incredibly frustrated with myself for taking on an ambitious trip. Yet, I’m reminded of how fortunate I am at the same time. Just this week as I resolved to put my head down and get some work done, out of nowhere, two gifts were given to me. One friend invited me to watch Stan vs Berdych in a guest suite at the O2 and then another girlfriend took me out to a late lunch. Just when I want to hang my head and be miserable, I am reminded to be grateful. I guess a little overreaching isn’t the worst thing in the world.

On a cheery note: I did note a great improvement over WTF 2013. Last year, the ATP used iconic buildings in the cities that host tournaments for their year in review timeline. This year, they used on and off-court images. Definitely an improvement.

Here are some of my favorites from the timeline.

2 thoughts on “Lying Low in London”