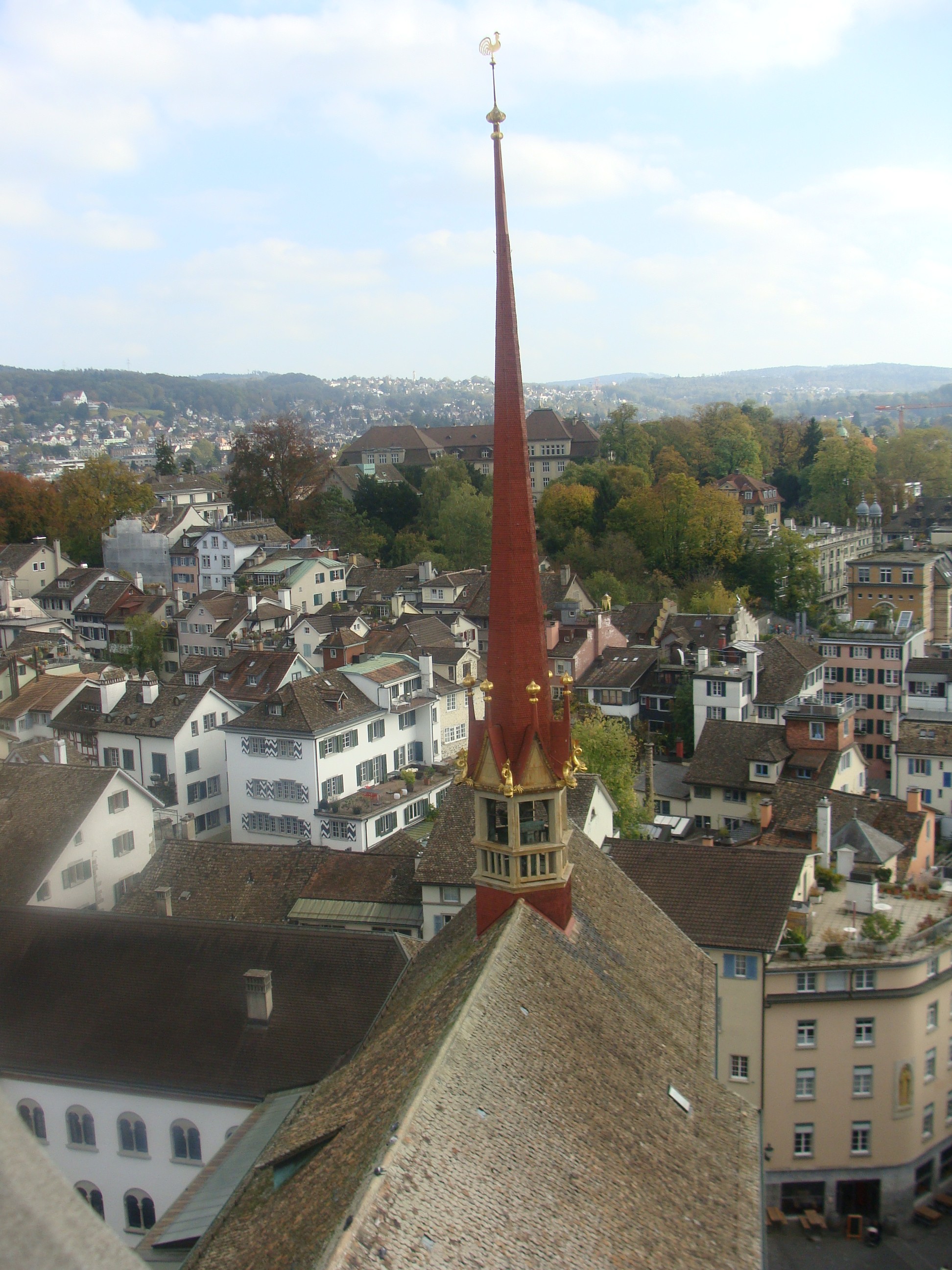 After working as media for onthegotennis in the Swiss Indoors Basel tournament, I took the one hour train ride to Zürich to visit a friend. I had two full days to do some exploring and I’m definitely a fan of the blend of urban and country that makes up Switzerland.

After spending much of my first day decompressing from late night tennis matches, I spent my first full day exploring the center of the city. I bought a day ticket (13 CHF) which allowed me to hop on and off trams, buses and trains for the day. After traveling into Zürich city center via train in approximately 7 minutes,  I spent the day walking around and soaking up the city’s very cosmopolitan vibe. While I didn’t find the city particularly stellar in terms of sights, it seems like a great place to spend the day shopping and eating with friends. 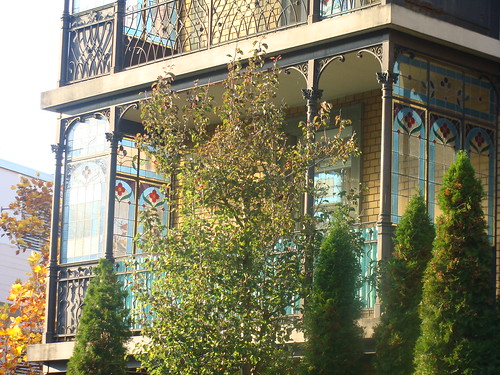 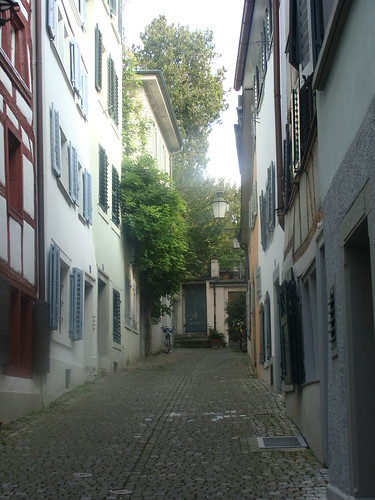 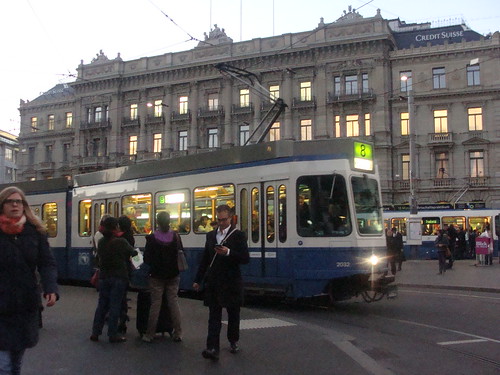 I then remembered that I was told to enter the Grossmunster, the large distinctive Romanesque church that is the city’s most famous landmark and pay the 4CHF to climb to the top and take in great views of Zürich. As you can see below, the views were not a disappointment. The hardest bit was negotiating the winding stairs up to the top. 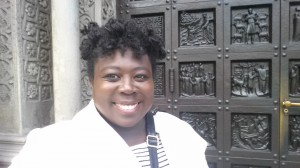 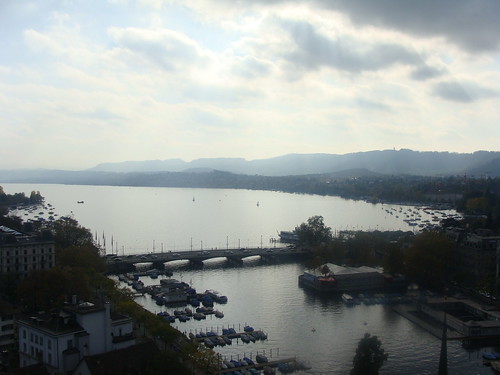 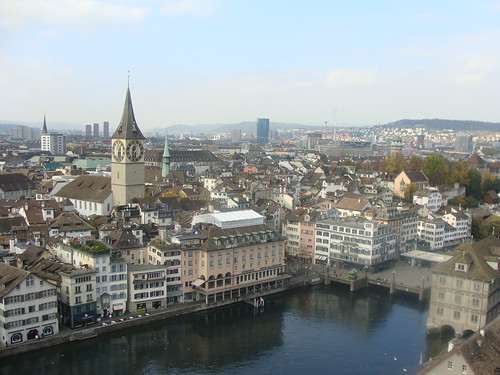 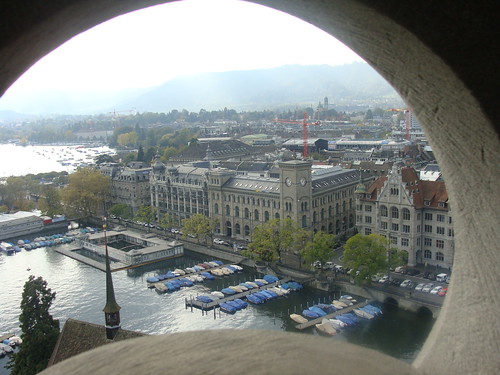 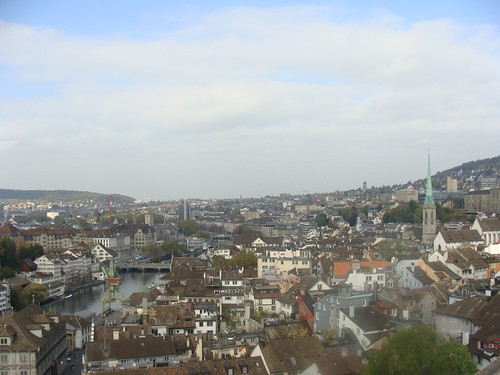 I ended the day with some ice cream by Lake Zürich …

The following day, my friend took me on a drive just 40 minutes outside the city towards Lucerne as a surprise. When we arrived, she had taken me to see Rigi Mountain, known as Queen of the Mountains in Switzerland.  It was a bright and sunny day and the vistas were breathtaking. I loved that it was visited by both locals and tourists alike. In fact, I saw mostly folks over 60 Nordic walking with sticks. We took the cable car from Weggis to Rigi Kaltbad, then took a cogwheel train to reach Rigi-Kulm for the view of the mountain and the midlands. On the return, we walked the path instead of taking the train and then ended with another cable car ride. I’m not a fan of heights but I barely noticed the ride, so easily and smoothly did it go up the mountain. 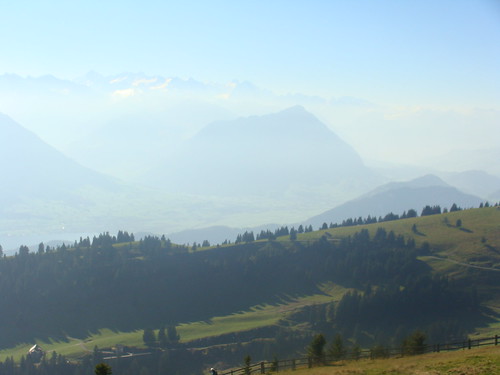 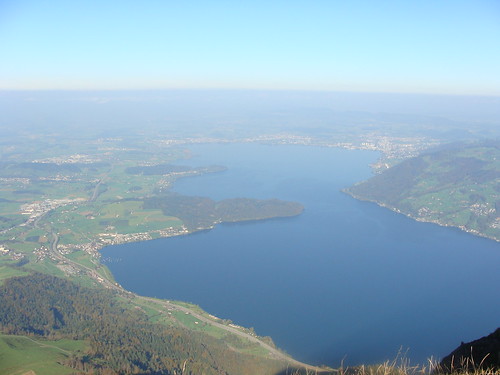 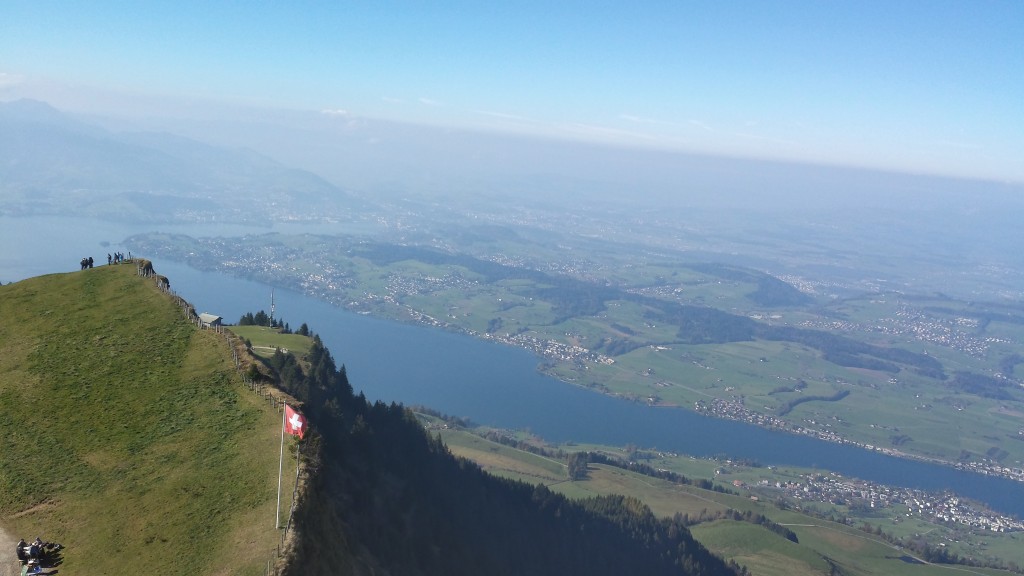