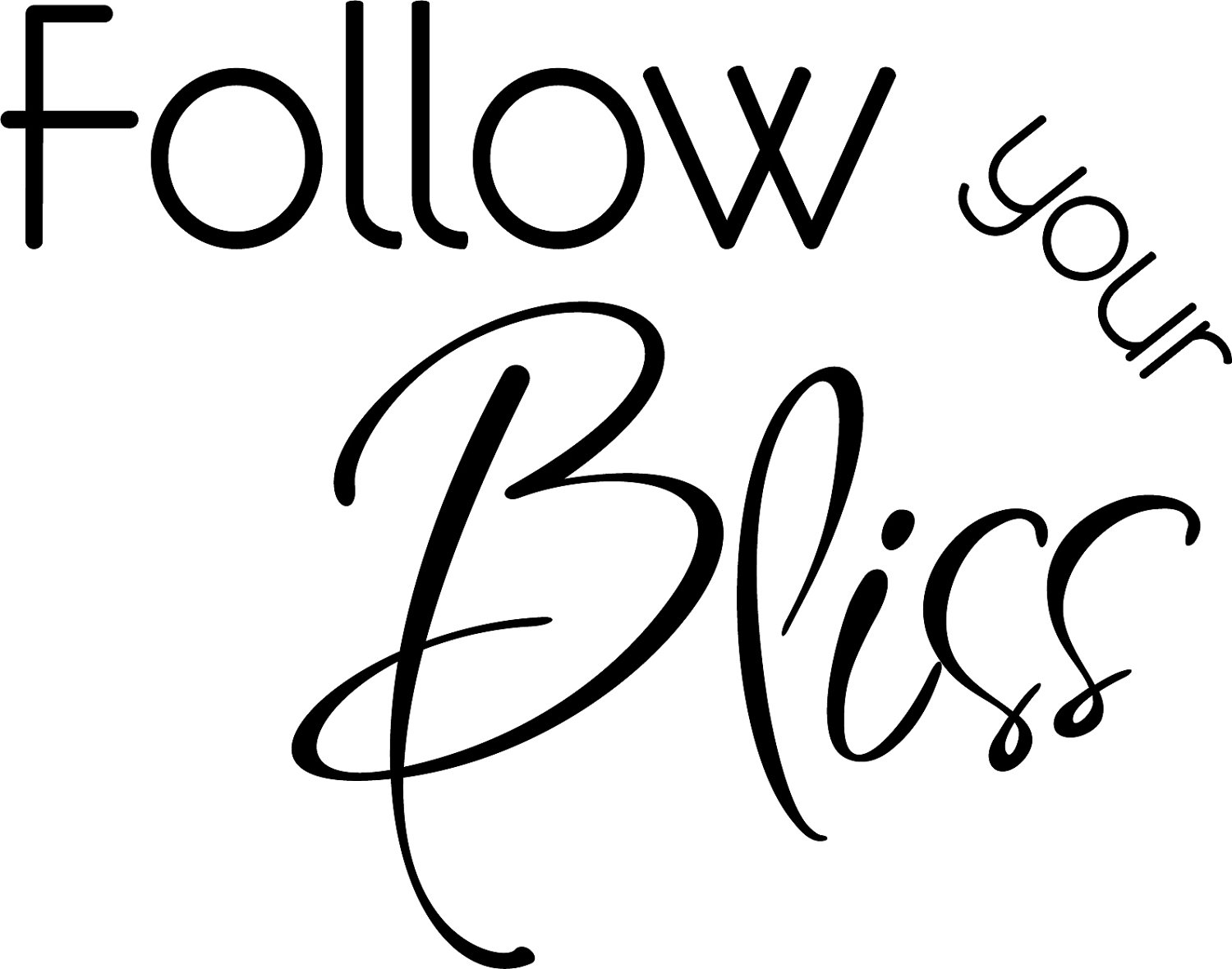 In case you could not tell, I’m a “follow your bliss” kind of girl. When I need inspiration, I will pick up a Joseph Campbell book to get my juices flowing or Clarissa Pinkola’s Women who Run with the Wolves, an evocative title that always makes me feel just a bit wild! I subscribe to the notion that we embark on many heroic journeys throughout our lives or suffer the consequences for failing to heed that call to adventure. As I’ve been feeling out of sorts and a little unsure of where to go next, I picked up Campbell’s The Power of Myth with Bill Moyers and read through a few chapters.

While quite a few passages resonated, these two quotes got me ruminating:

“The Grail becomes the—what can we call it?—that which is attained and realized by people who have lived their own lives.” Page 244

I finally understand why someone would go off into the world and apparently “do all the wrong things,” as the naysayers would say. I feel like I’ve been guilty of doing that as well, of flying by the seat of my pants, feeling compelled to do something that doesn’t make logical sense but nonetheless feels right. The challenge of striking out on one’s own and doing something that no one else in your family or friendship group has done, while freeing, is daunting because you don’t have a model of what do next. You have no clear road-map that says, when this happen, do such and such. There are no clear markers for your journey, so you are negotiating uncharted territories blind. It’s a stumbling, bumbling, knee scraping mess that makes you want to turn around and head to safer and more well-tread paths.

So, why continue? I’ve been struggling with how to move forward for some time now and a part of me just couldn’t see the point of it all. Why try to break new ground for myself? Why am I so damn fired up about trying something new or something that catches my fancy, something that belies the paths I’ve traveled thus far? I laughingly told a friend that I live my life, so when I’m old and grey the flashbacks will be exciting! While I was being slightly derisive, it is more than a little true. I don’t want to leave any stone un-turned; I want to soak up all that life has to offer and I want to do it all NOW! In that way, Campbell’s quotes were affirmations of why others have tried and maybe why I continue to do so as well. Still, I wish it wasn’t always so darn painful and confusing!