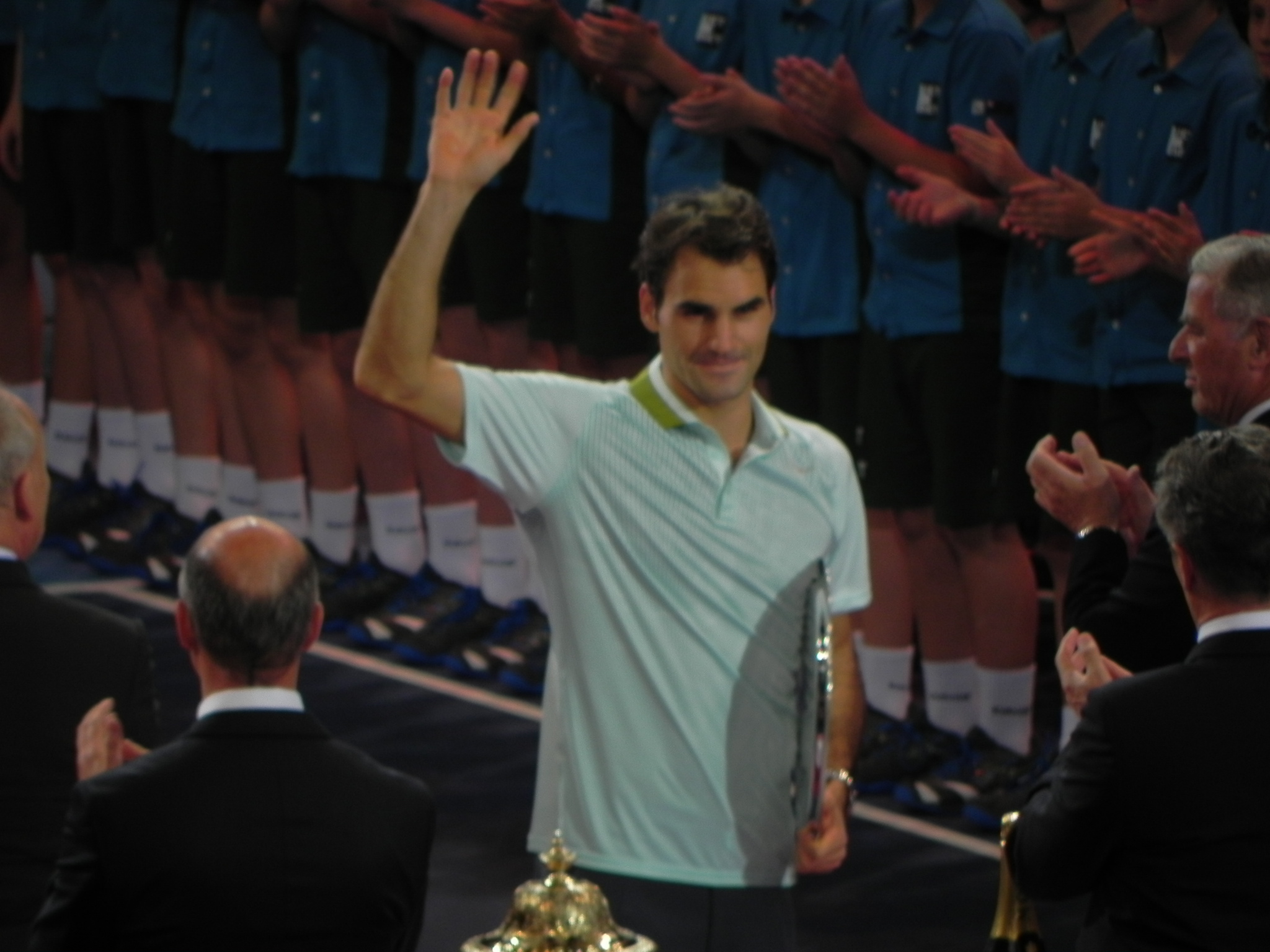 It’s taken me this long to recover from my trip to Basel, Switzerland. To be honest, I’m still trying to process what happened there and why it was such a wonderful surprise. I won’t try to hide it because it’s fairly obvious; my desire to see Federer live is what got me on the road in 2009. So, it is fitting that a trip to Federer’s hometown tournament as media would leave me a bit awestruck.

Upon arriving in Basel, I strived to do my usual budget travel; I opted for the 40 minutes bus-train-walk to the hotel (9 CHF) option over the convenient but very pricey (78 CHF) 15 minute taxi ride. The hotel website said they were located a quick 15 minutes walk from the Pratteln train station, but of course I forgot to download the walking route to my phone. Without access to the Internet, I was flying blind. But 15 minutes surely means that I can spot the hotel in the distance, no? Well, after wandering around for about 45 minutes, I stopped and said very sternly out loud: “make better choices, damn it!” After that bit of pep talk, I returned to the train station, saw a bus, asked the bus driver where my hotel was located and he directed me to a bus that took me to the hotel in less than 5 minutes. Yup, I was back to taking the really long road in a foreign country. However, that would be the only hiccup in my fantastic trip in Federerland!

I checked into a thoroughly gorgeous hotel room at a rate that was so cheap, I probably could have stayed there for 2 weeks without killing my budget. The very next day, the lovely Swiss-African desk clerk directed me to a tram station that was only a 5-minute walk away. The tram then took me straight to the tennis tournament site. No fuss, no muss. I checked in at the site and was warmly greeted with my media pass, unlimited coffee and snacks, and live tennis.  But now I had to deliver for DelpoNews.com! It’s all fine and good to write about my tennis travels on this site as a fan but for the very first time I had to report on a tournament for someone else. Anyone who follows me on twitter knows that I’m not short of opinions about how folks should cover tennis. They need to ask the tough questions; damn it, they are reporters, they can’t be fans with typewriters! Well, what do you know? Saying a thing and doing it proved to be much harder than I imagined. It was nerve wracking sitting in a press conference and striving to ask a question that wasn’t completely obvious or done to death. Frankly, I’m just relieved I was only slated to cover one player. It made the job much easier. In the end, I opted for transparency: direct access video of Delpo’s press conferences, fun images of the match and completely uncontroversial match reports. I’m happy to say I didn’t embarrass myself, but I certainly was no cutting edge reporter in disguise! It was a humbling experience, which only made me want to get better.

Yes, I’ve said it out loud! I want to learn how to get better at this tennis writing thing. Phew!  This trip confirmed something I didn’t really want to face or admit: I love being on the road at tennis tournaments! I’ve dismissed it as a hobby or a pleasant distraction for long enough. It’s more than that; I might actually be in love with the sport and not just watching Federer (though that continues to be a BIG plus!).

They say admitting it is the first step. Now that I have, I do not know what lies ahead. All I know is that I’ll be seeing how I can do more of the work I did for DelPoNews.com and I’m prepared to stumble around in the dark and give it a go for as long as a I can.

Images from around the tournament …