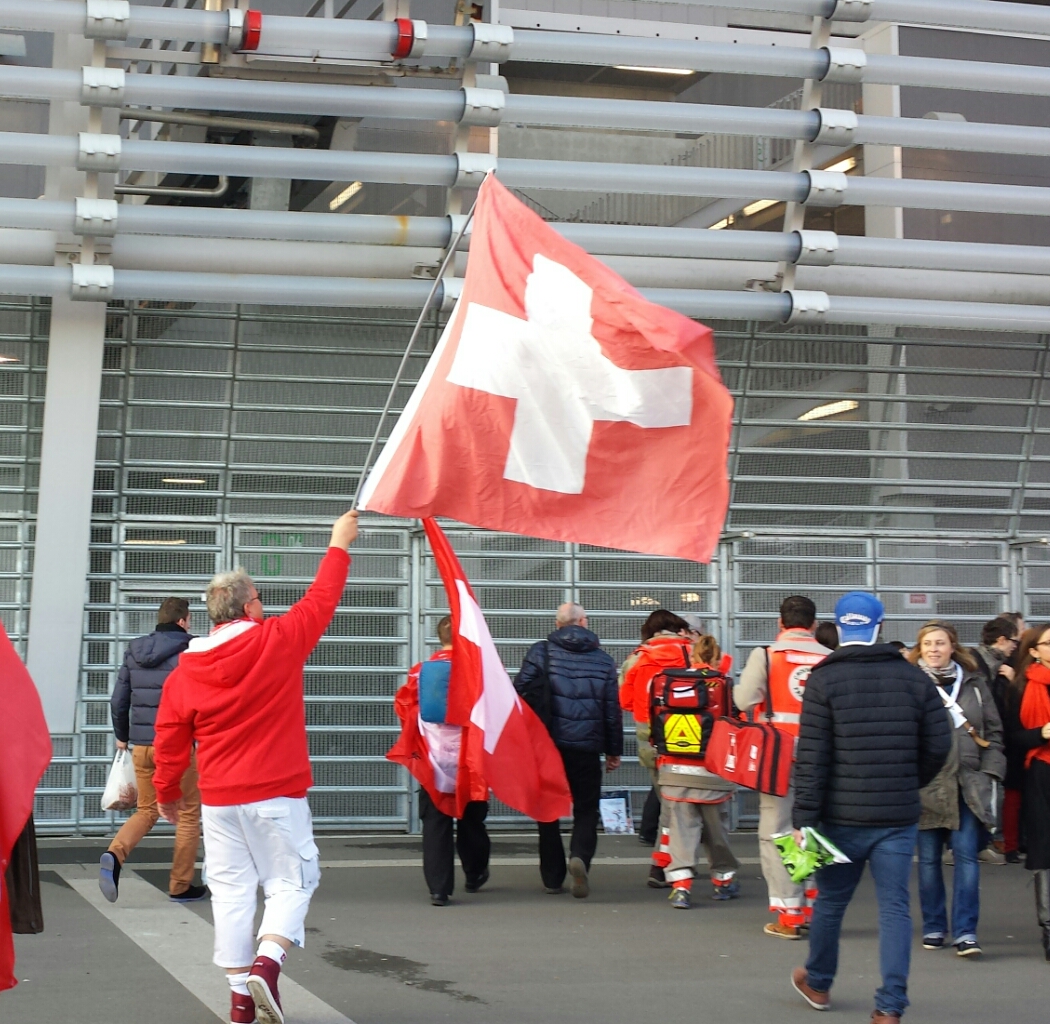 Tennis is my main passion and it has carried me around the world for years: America, Australia and Europe. Everything turns around tennis. I try new ways of travelling, to arrange journeys that make sure this part of my life can match with work, home and loved ones. My last trip to Geneve was maybe the Master of my tennis experience. Since I went there for the QF between Switzerland and Kazakhstan, I had a few tips so I booked my journey four months ago.

Geneve is a real international city with hotels everywhere and efficient transportation; furthermore, hotels always give you a free “mobility ticket” for the time you’re staying there which is pretty good since transportation, as everything else in Switzerland, is quite expensive. Geneve, like Basel and Zurich (other “friendly cities” to visit even for tennis) have a huge amount of flights coming from Italy and the rest of Europe. A lot of companies fly into their airports, so it’s easy enough to find cheap flights if you book them on time. Low cost companies are good and usually on time in Europe; you can travel even during very early morning, so you can save days off work. If you don’t like flights (or you’re scared of those!) you can choose train and fast ones from Italy, Belgium, France, and other stations.

You can buy a 3-days-pass (not exactly cheap, around 250 Euros) or you can choose days but you’re not gonna find those easily, since in countries like Switzerland and France they are sold out in few hours through tennis federations’ websites. I bought my tickets very early, when Swiss tennis let people buy them through their website, and they were sold out just two days later.

Davis Cup is not like other tournaments: it’s an old and traditional one. I understand that it might need some adjustments but during Davis Cup you can find something you usually don’t find in tennis: real and overwhelming cheer. Not for the underdog, not just casual or slightly organized but a very arranged one. Weird-looking supporters and a fair atmosphere even though you’re a foreigner. I’m not hiding. I’m Italian and I was cheering for Switzerland. Tennis is tennis, not just a patriotic sport. You’re cheering for players you like, not against your own country. That’s how tennis works and is one of the weird things Davis Cup is able to do to you.

You might think Swiss people are neutral and very calm, maybe cold people? Well, tennis fan, you’re wrong. Besides Argentinian and maybe Serbian supporters, Swiss people were crazy for their boys, 18.000 unceasing supporters. They realize they got a one-in-a-million generation of players, with Roger Federer (the G.O.A.T. of tennis) and Stan Wawrinka who in 2014 became a real top player; they are currently number 3 and 4 of the world and, folks, Switzerland is aware of that.

Cowbells, chants, everything you can imagine (in a pretty fair way) belongs to Swiss supporters who went crazy for the final they have dreamed of for a long time. Fans were chanting, giving me chills in the stands, a collective hysteria that even Federer couldn’t escape. It’s enough to look at him after the match point against Fognini: the high jump towards his friend (and captain) Severin Lüthi and his fellow teammates, Stan and Marco Chiudinelli, friends since they were little boys. Teary and shaking when he was piggybacked by Stan and Severin, Federer’s face looked genuinely happy and maybe even surprised. You don’t usually see this with champions who are used to winning. That’s the Davis Cup effect and it’s gonna be a good final in France, maybe in Lille, in November. I have already started thinking about the final.  (I wrote to French tennis federation and they said tickets will be available to general public through their website as soon as they know location (probably Lille) and how many they will be.)

Great champions, big crowd and one thing that cannot be missed in Davis Cup: the drama. That is the keystone of the sport.