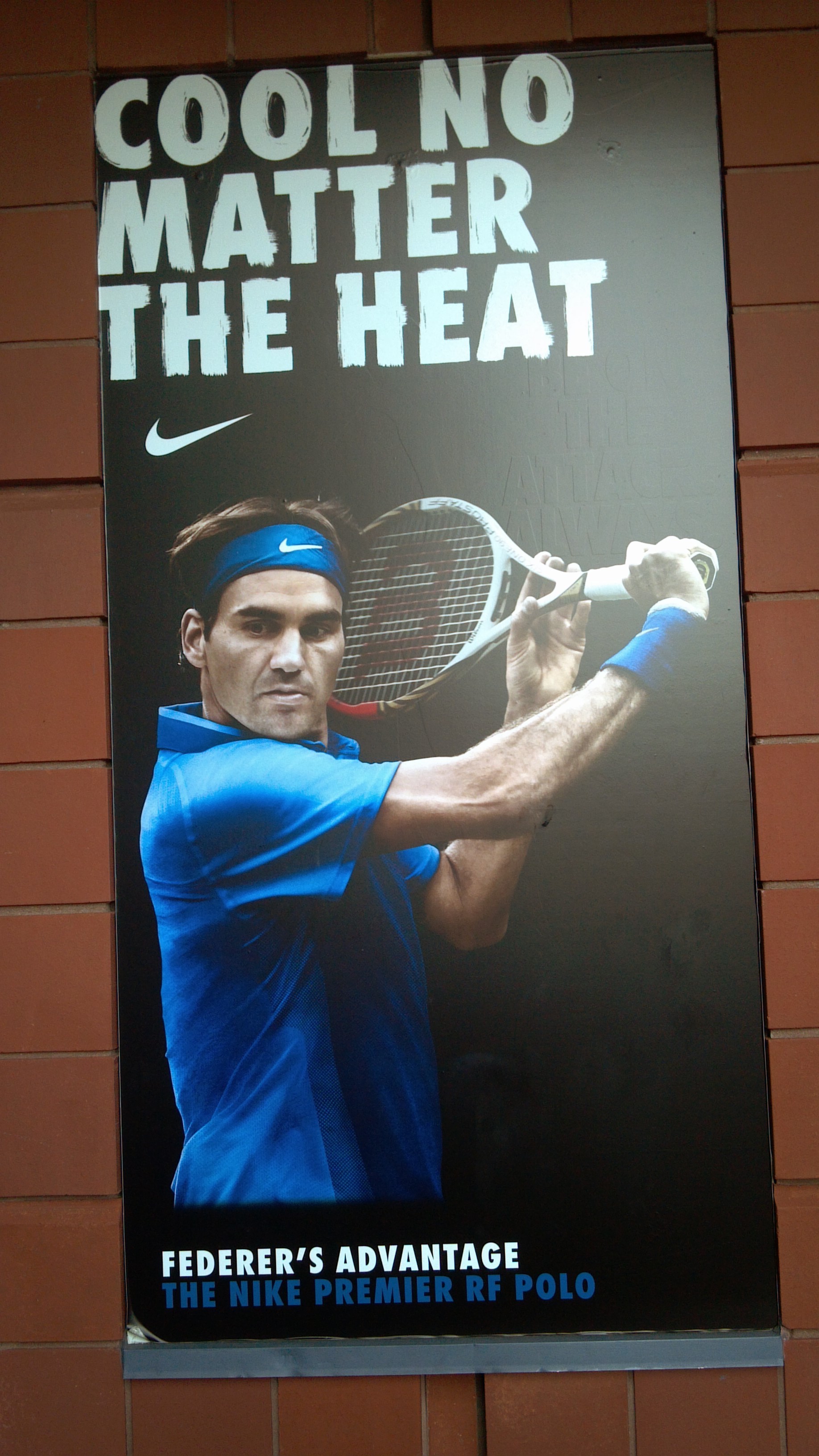 One of the treats I have given myself at the US Open, since 2009 is a paid seat on Armstrong. I’ve learned over the years that casual and avid tennis fans love to spend Labor Day at the US Open, which means that if there is a great match happening on Armstrong, you will not be able to find a seat.  Or you find a fabulous seat and then you have to leave to go to the bathroom. Goodbye awesome seat. This practice has served me well over the years: Dolgo vs Nole in 2011, Monfils vs Gasquet in 2010, and Williams sisters doubles in 2012.

This Labor Day was apparently why I have been buying tickets the pass few years. When the rain caused a back-up on Ashe, they put Federer vs Robredo on Armstrong and I HAD GREAT SEATS! The atmosphere was electric, the crowd waited with bated breathe and Federer was stuck in neutral. Nothing went well in that match and before I knew it Robredo had eliminated Federer in straight sets. With Delpo’s loss a few days earlier, the USO had taken a turn for the “I guess I’ll just be excited to be at the tennis” territory.

I did enjoy the remaining days at the tournament especially Stan’s great run; we cheered his play with a Grey Goose Cocktail.

Not even the Rafole improved my mood

I’m only now emerging from my live tennis funk. It’s probably because I’m getting back on the road very soon. (HINT: It’s going to require a winter coat!)